Squid Game is currently one of the most popular series on Netflix worldwide. In this South Korean product, impoverished people are challenged to take on six games in order to eventually win a cash prize. Instead of losing the game and leaving, participants die. The series starts with a Korean version of the Dutch Annemaria Koekoek, called red light, green light.
Hordes of people are automatically fired upon because they move or are too late. The series is full of violence, injuries, sex and suicide attempts and it has been marked as only suitable for viewers of age 16 and over. Last Saturday a promotional event of Netflix took place on the Markt in Maastricht where the game could be played in real life, fortunately without the accompanying violence. However, the event attracted many youths, sometimes as young as eight years old.

Party Maastricht Safe has the following questions about this:

1. Was this event licensed? If so, what were the requirements? If not, why not?

3. Do you agree that an organization should be obliged to ensure that young visitors cannot participate/view the event? If so, what will you do in the future to prevent a similar situation from happening again? If not, why not?

4. Do you agree that the Markt, or any other place, where many casual passers-by with young children are present, is not suitable for such an event?

Ook interessant - Discover this too 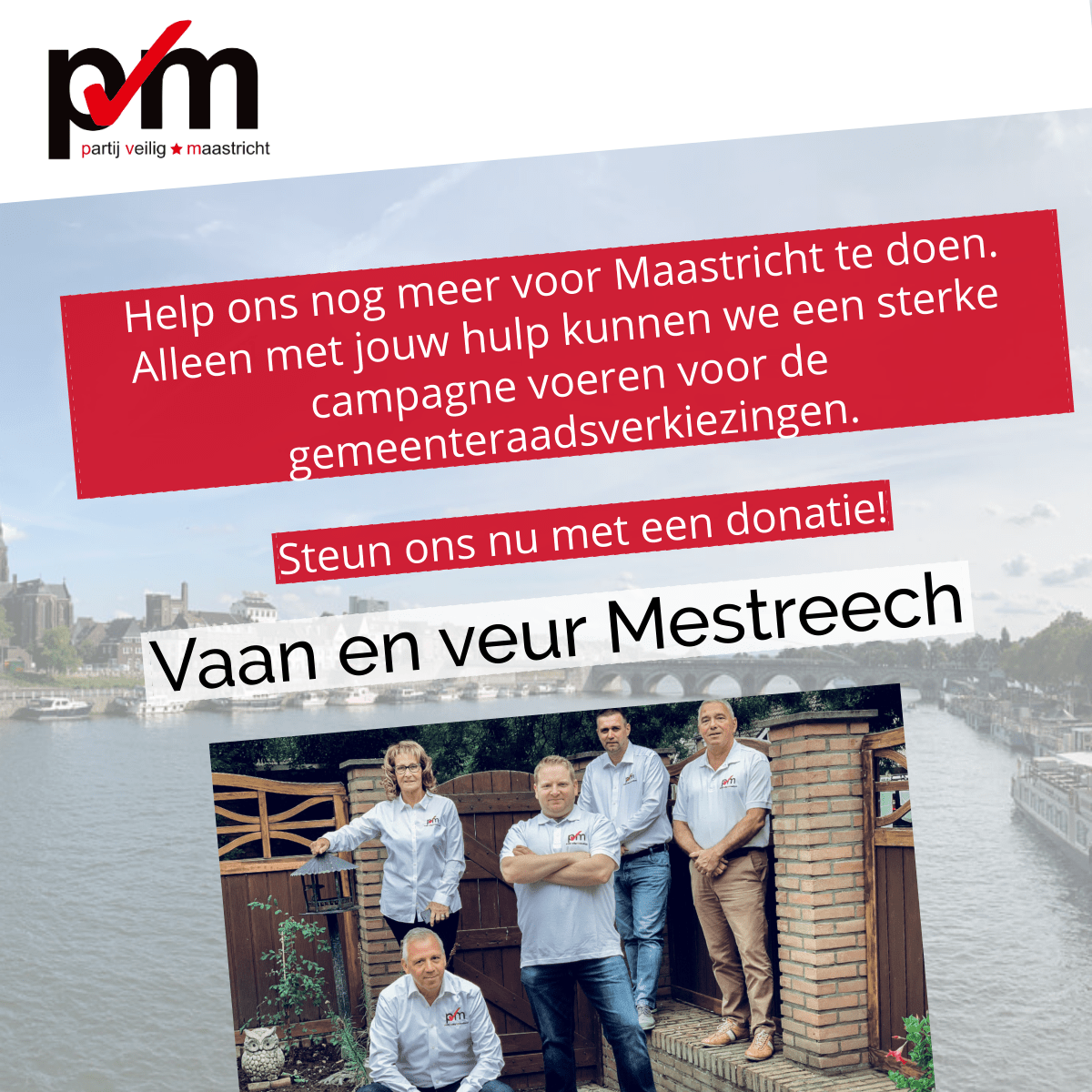 Every wednesday (except for school holidays), you can attend our online consulting hours. We help you on matters that worry you, listen to your comments, give you advice en whenever possible, we will help you to get things resolved

Send an e-mail to: info@partijveiligmaastricht.nl and we will send you a link and time.

Questions in writing regarding cuts municipal taxes
Scroll to top

We may request cookies to be set on your device. We use cookies to let us know when you visit our websites, how you interact with us, to enrich your user experience, and to customize your relationship with our website.

Click on the different category headings to find out more. You can also change some of your preferences. Note that blocking some types of cookies may impact your experience on our websites and the services we are able to offer.

These cookies are strictly necessary to provide you with services available through our website and to use some of its features.

Because these cookies are strictly necessary to deliver the website, refuseing them will have impact how our site functions. You always can block or delete cookies by changing your browser settings and force blocking all cookies on this website. But this will always prompt you to accept/refuse cookies when revisiting our site.

We fully respect if you want to refuse cookies but to avoid asking you again and again kindly allow us to store a cookie for that. You are free to opt out any time or opt in for other cookies to get a better experience. If you refuse cookies we will remove all set cookies in our domain.

We provide you with a list of stored cookies on your computer in our domain so you can check what we stored. Due to security reasons we are not able to show or modify cookies from other domains. You can check these in your browser security settings.

These cookies collect information that is used either in aggregate form to help us understand how our website is being used or how effective our marketing campaigns are, or to help us customize our website and application for you in order to enhance your experience.

If you do not want that we track your visist to our site you can disable tracking in your browser here:

We also use different external services like Google Webfonts, Google Maps, and external Video providers. Since these providers may collect personal data like your IP address we allow you to block them here. Please be aware that this might heavily reduce the functionality and appearance of our site. Changes will take effect once you reload the page.